World radiocommunication conferences (WRC) are held every three to four years. It is the job of WRC to review, and, if necessary, revise the Radio Regulations, the international treaty governing the use of the radio-frequency spectrum and the geostationary-satellite and non-geostationary-satellite orbits. Revisions are made on the basis of an agenda determined by the ITU Council, which takes into account recommendations made by previous world radiocommunication conferences.

The general scope of the agenda of world radiocommunication conferences is established four to six years in advance, with the final agenda set by the ITU Council two years before the conference, with the concurrence of a majority of Member States.

Under the terms of the ITU Constitution, a WRC can:

On the basis of contributions from administrations, ​the Radiocommunication Study Groups, and other sources (see Article 19 of the Convention (Geneva, 1992)) concerning the regulatory, technical, operational and procedural matters to be considered by World and Regional Radiocommunication Conferences, the Conference Preparatory Meeting (CPM) shall prepare a consolidated report to be used in support of the work of such conferences.

World Radiocommunication Conference 2019: An Opportunity to Revisit Our Digital Development Priorities and Readiness 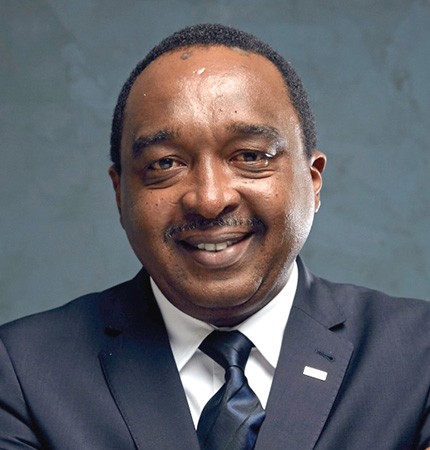 Decisions taken during the upcoming global WRC-19 Conference will set the direction for the use of spectrum throughout the world for the next several years; a time period during which the Industry is working tirelessly to develop 5G. It is, therefore, important that the voice of Operators be heard through SAMENA Council, which is an ITU-D Sector Member.

SAMENA Council hopes that close communication of priorities among the Regional Administrations as well as the Private Sector may lead us to a win-win situation for all.

The most important and presently relevant issue for Telecom Operators on the WRC-19 agenda is the 5G cellular topic in Agenda Item 1.13, which states:

“To consider identification of frequency bands for the future development of International Mobile Telecommunications (IMT), including possible additional allocations to the mobile service on a primary basis, in accordance with Resolution 238 (WRC-15)”

For SAMENA Council, which represents Telecom Operators and exercises its role in serving regional Regulatory Authorities as a sector-development partner, the core issue of the identification of spectrum to provide commercially viable options for the next-generation of mobile technologies, commonly referred to as 5G, is of immense relevance to the SA-ME-NA region’s digital development efforts and national economic transformation goals, defined in various national ICT visions that the Council fully supports.

The bands under prospective consideration at the WRC-19 for 5G have a variety of complex sharing issues with both allocations to the same-band as well as to adjacent-band users. Several inter-service interference frequency pairs have also been investigated by the ITU-R, and it is observed that, at the millimeter-wave frequencies, national differences in spectrum use are much easier to resolve without interference than in the VHF and UHF bands. However, such differences have a potential impact on the economies of scale in equipment development and production and interoperability issues when users travel to a country with different band plans. Thus, while a long list of bands is under discussion, it is yet to be confirmed if all are, in fact, commercially viable or attractive at all.

Under such a complex situation, Regulators in the region have expressed the need for SAMENA Council to assist in addressing the cross-border spectrum interference issues, which could compromise 5G development and its proliferation in markets, such as Saudi Arabia. Considering also that, as in other 5G-prime regions, Telecom Operators in the SA-ME-NA need and want access to commercially attractive bands for mobile broadband and 5G both in the short and medium terms, SAMENA Council hopes that close communication of priorities among the Regional Administrations as well as the Private Sector may lead us to a win-win situation for all.

We may realize that WRC-19 presents itself as a much-needed opportunity to bridge the rising digital divides across the three ITU spectrum Regions.

The fulfillment of grand sustainable development goals and our collective readiness to tackle the world’s prevailing issues, which can be addressed effectively through the ICTs, merit that the post WRC-19 spectrum situation around the globe should be much better than how it is prior to the Conference. We may realize that WRC-19 presents itself as a much-needed opportunity to bridge the rising digital divides across the three ITU spectrum Regions. 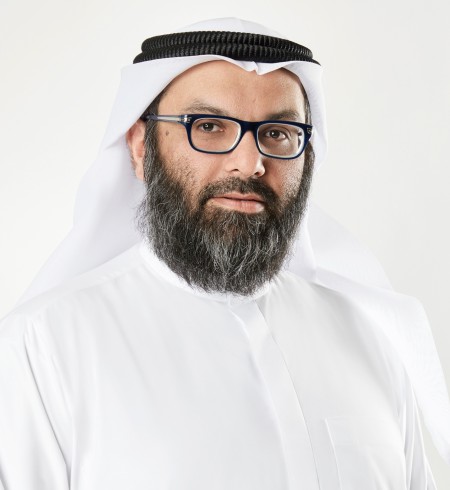 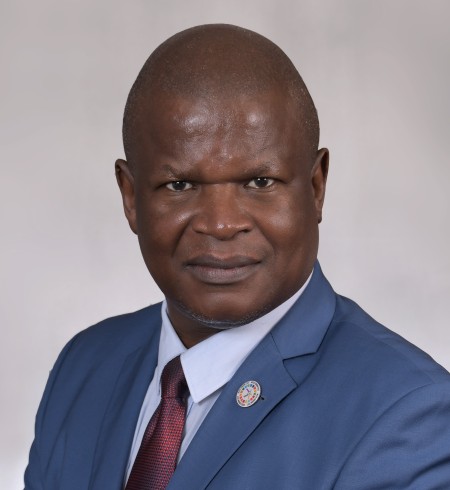 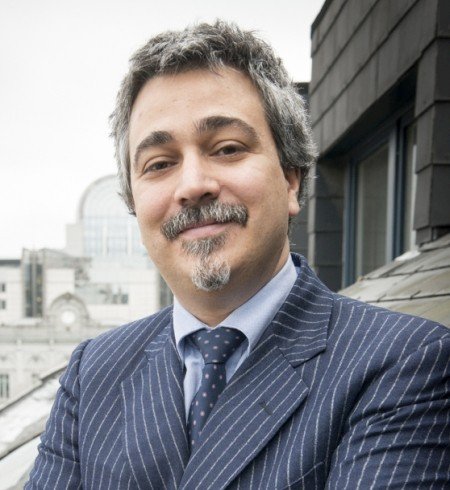 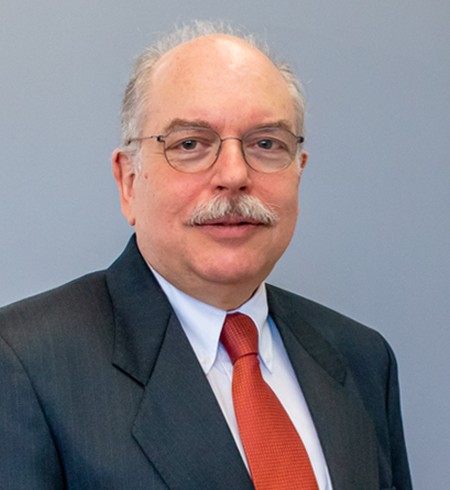 The WRC-19 Issues of Importance to MEA Telecom Operators 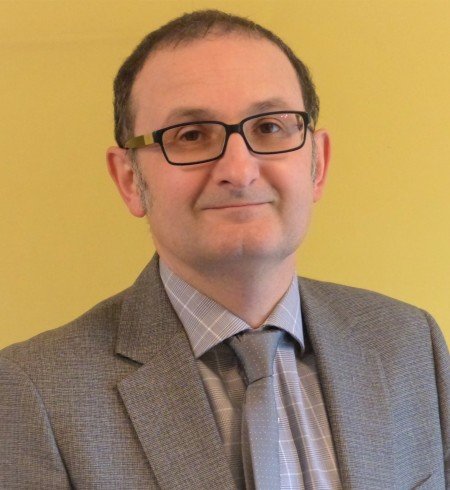 Spectrum availability is a key challenge area for the success of 5G deployment. It is important that the frequency bands needed for 5G be made available promptly to Mobile Operators. Regulators need to start offering the required and desired 5G spectrum as the main building block for kicking off the 5G deployment. It is important to provide the spectrum that satisfies the need to deliver whatever is expected from 5G from the operators or other key verticals such as transport and health. Moreover, Governments can provide the much-needed incentive to deploy 5G by giving more spectrum at reasonable price and by taking into account the 5G deployment costs; the costlier the 5G deployment the more difficult it is for the society to benefit from 5G services with affordability. 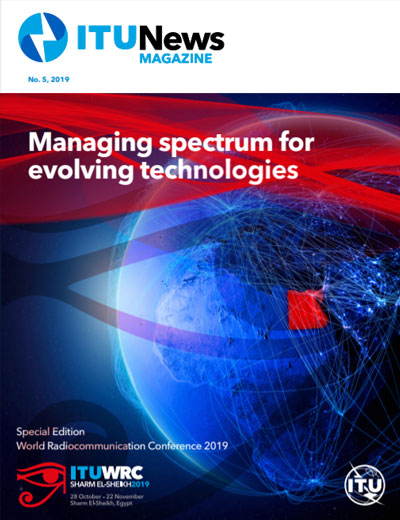 The benefits of 5G come at a high price for the industry due to new spectrum needs and an altogether new infrastructure. The success of 5G is therefore going to be dependent on operators and their wholesale partners developing new markets that look beyond traditional consumers of mobile services. It may start with higher capacity for today’s video content services. To no surprise, 5G and its promises are already creating huge expectations. Most consumers expect speed and coverage improvements from 5G. This is because globally only half of all smartphone users say that their current network performance expectations have been met and we may initially see that 5G performance would be judged by these expectations.

The fastest 5G speeds will also need millimetre wave bands above 24 GHz (starting at 24–28 GHz and 39 GHz in the U.S). A sufficient amount of harmonized 5G spectrum in these bands is vital to enable the fastest 5G speeds, low cost devices, international roaming and to minimize cross-border interference. Initial 5G deployments will, nonetheless, use frequencies below 6 GHz. The short range from these frequencies will require many so-called “small cells” located on light poles, buildings, utility poles, or wherever they can be mounted.

SAMENA Council feels that spectrum-related EMF issue, without which no discussion of 5G is complete, needs to be delved into by competent global bodies, having the expertise to conduct meaningful and conclusive research on this front.

Governments and regulators hold the key to realizing the full potential of 5G when they agree new mobile bands above 24 GHz at the upcoming WRC-19 Conference in Egypt, during which SAMENA Council will also be participating. 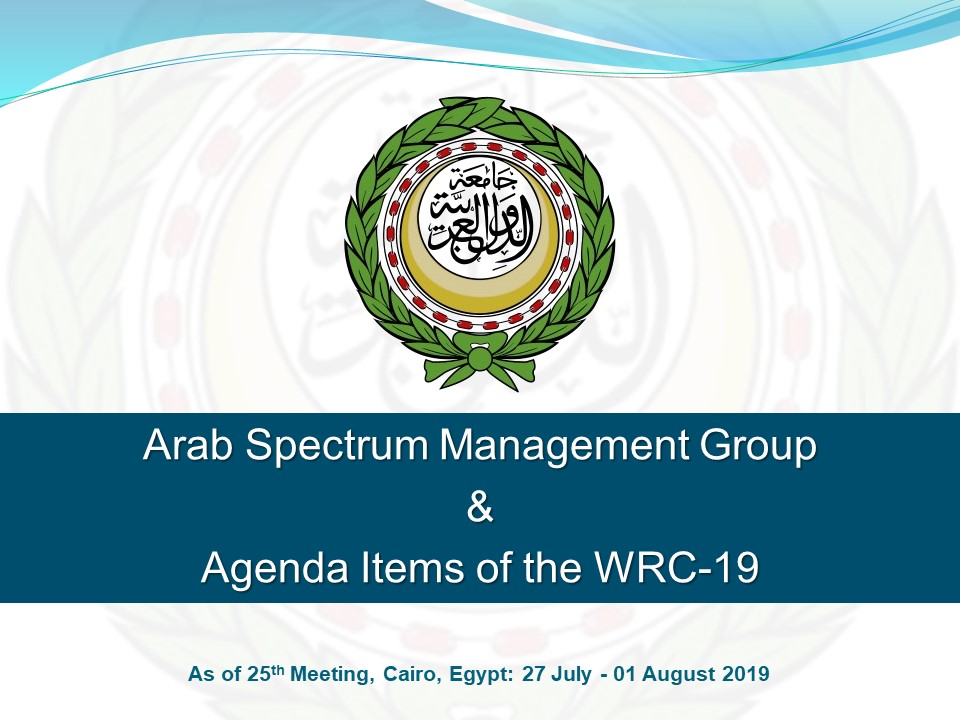 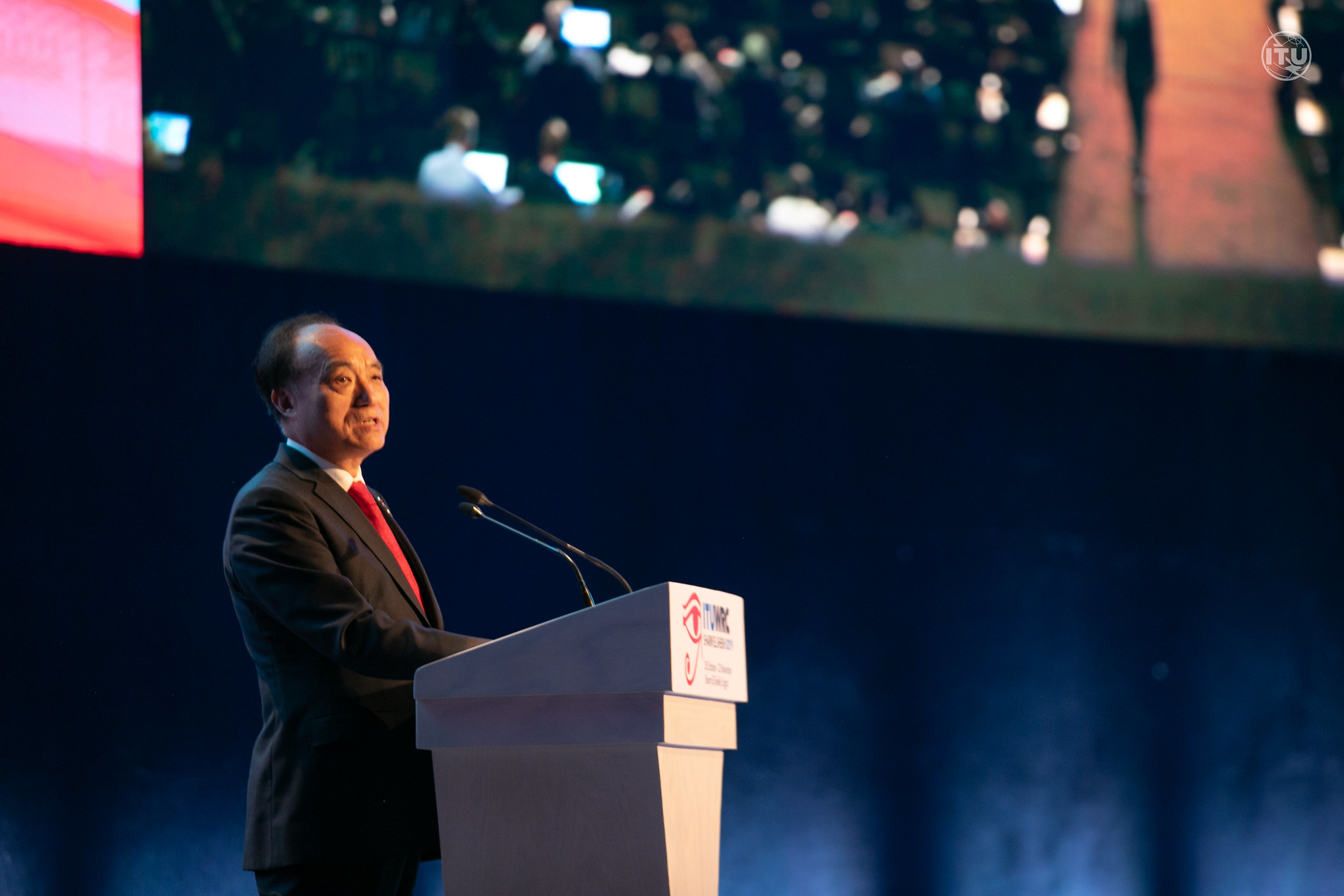 The World Radiocommunication Conference 2019 (WRC-19) has concluded and it has brought forth a set of impactful agreements from Member States concerning the use of radio-frequency spectrum and satellite orbital positions. The agreements arrived at the Conference will enable new communication technologies while ensuring protection of existing services.

For SAMENA Council, which represents Telecom Operators and exercises its role in serving regional Regulatory Authorities as a sector-development partner, the core issue of the identification of spectrum to provide commercially viable options for the next-generation of mobile technologies, commonly referred to as 5G, going into WRC-19, was of immense relevance to the SA-ME-NA region’s digital development efforts and national economic transformation goals, defined in various national ICT visions that the Council fully supports.

As was expected, new spectrum allocations have been agreed for 5G (IMT-2020). The global Conference not only identified additional globally harmonized (millimeter wave) frequency bands for International Mobile Telecommunications, but has opened doors to facilitate diverse usage scenarios for enhanced mobile broadband, massive machine-type communications and ultra-reliable and low-latency communications, such as those that will become the hallmark of smart-city implementation; sustainable communities; improved attention and approach toward climate change; healthcare management; renewable energy; and more efficient agricultural practices and food production.

Special considerations for protection from harmful radio-frequency interference were awarded to satellite services supporting meteorology and climatology that aim to safeguard human life and natural resources, and systems used by radio astronomers for deep space exploration. Steps were also taken to ensure that radio astronomy stations would be protected from any harmful radio interference from other space stations or satellite systems in orbit.

Some of the most notable outcomes of WRC-19 include:

Key Outcomes of WRC-19 Conference in Brief
The World Radiocommunication Conference 2019 (WRC‑19) concluded on 22 November with agreements reached by some 3400 delegates from 163 Member States. These agreements were enshrined in the provisional Final Acts of the Radio Regulations, the international treaty governing the global use of radio-frequency spectrum and satellite orbits.

Enabling 5G deployment
While identifying the frequency bands 24.25–27.5 GHz, 37–43.5 GHz, 45.5–47 GHz, 47.2–48.2 and 66–71 GHz for the deployment of 5G networks, WRC 19 also took measures to ensure appropriate protection of the Earth exploration satellite services, including meteorological and other passive services in adjacent bands.In total, delegates at WRC 19 identified more than 8 times more spectrum for IMT than was identified for IMT before the Conference. 17.25 GHz of spectrum was identified for IMT after the Conference, in comparison with the 1.9 GHz of spectrum identified before WRC 19. Out of this number, 14.75 GHz of spectrum has been harmonized worldwide, reaching 85% of global harmonization.

The fulfillment of grand sustainable development goals and our collective readiness to tackle the world’s prevailing issues, which can be addressed effectively through the ICTs, will now be a function of the post WRC-19 spectrum situation around the globe. SAMENA Council anticipates that agreements achieved during WRC-19 will help bridge the rising digital divides across the three ITU spectrum Regions and will help steer accelerated IMT-2020 development across the SA-ME-NA region and beyond. 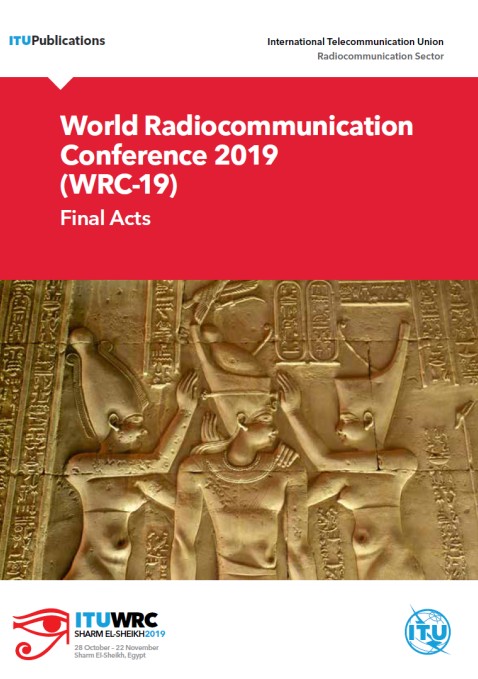 It would be great to hear from you! If you got any questions, please do not hesitate to send us a message.

We are looking forward to hearing from you! No matter what is your question, we are here to work with you.