For the Sake of Children and Business

The ITU-UNESCO Broadband Commission for Sustainable Development, on October 1st this year, launched a new report on Child Online Safety: Minimizing the Risk of Violence, Abuse and Exploitation Online. In the launch at the United Nations headquarters in New York participated HM Queen Silvia of Sweden and the Executive Director of UNICEF, Henrietta Fore. The report was developed by the Commission’s Working Group, co-chaired by CEO-Operations of the Zain Group and SAMENA Telecommunications Council’s board member, Scott
Gegenheimer, and Joanna Rubinstein, President and CEO of World Childhood Foundation USA; two of the 60 Broadband Commissioners. The report is accompanied by a Child Online
Safety Universal Declaration, which we hope will serve as an instrument for growing the army of child protectors. 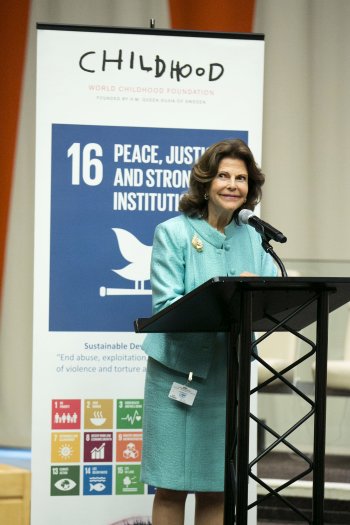 Why did the Broadband Commission decide that child online safety deserves attention?
There are several reasons. First, today one third of all Internet users are children who spend endless hours online and it is our responsibility to do no harm to them. Second, the expansion of broadband to the developing countries will connect hundreds of millions more children. While we want them to benefit from access to information, education, skilling, entertainment, and markets, we know that they will also be exposed to many risks, among them: bullying, abuse, exploitation, sextortion, trafficking, gaming addiction, radicalization and so much more. Third, we need connectivity to fuel economic growth and sustainable development but also social inclusion. In sum, we need meaningful connectivity that can help us to achieve the UN Sustainable Development Goals by 2030 of which SDG 16.2 calls for ending abuse, exploitation and all forms of violence against children.

And yet we see more and more reports in the media of how the Internet is misused to violate children’s rights. We read that some of the major social media platforms are deployed to propagate child sexual abuse material, live stream videos of child abuse and more.

It is all these reports plus the alarming statistics from studies that cause major concerns and are a wake-up call compelling us to respond. This is how our WG was established. 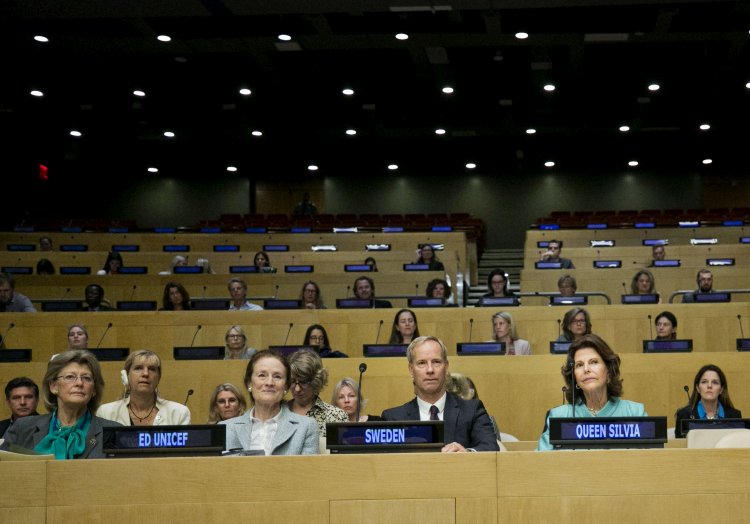 What was the core objective of the WG?
It was a pretty straight forward objective: to prioritize children and their safety in the digital world by developing a set of actionable recommendations. Comprised of 20 commissioners, including Commissioner Bocar Ba, and 20 subject matter experts coming from governments, UN agencies, the private sector, law enforcement, NGOs and academia, the WG included all the major stakeholder groups. The complex problem of online violence against children requires a multi-stakeholder interdisciplinary approach. Recognizing that we all have different roles and mandates and need to work together on the development and implementation of impactful solutions we made sure to include all the key players. 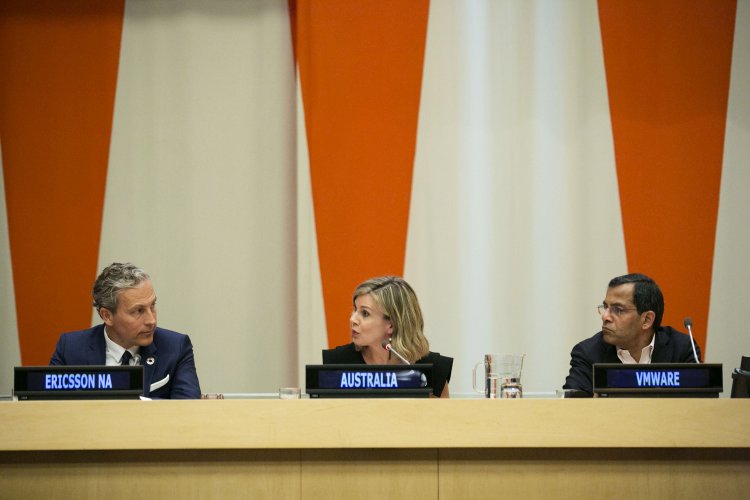 What is the World Childhood Foundation doing and how did it get involved in this process?
We fight for children’s right to a carefree childhood. Our vision is a world where all children are free from violence, sexual abuse ad exploitation. Founded in 1999 by Her Majesty Queen Silvia of Sweden, a UN accredited organization, we has funded over the last 20 years more than 1,000 projects in 25 countries. We are a funder, advocate, convener and a thought leader. As early as 2003, we realized that the Internet was an enabler of child sexual abuse and helped to fund NetClean, the first company that developed a tool to identify CSAM (child sexual abuse material) on computers. Since then, NetClean has developed several tools, operates in many markets and supports the work of law enforcement in more than 90 countries. We also co-developed with Ericsson the first of its kind mobile app that teaches adults how to prevent child sexual abuse, detect signs of abuse and respond to disclosure. On our board in the US serves the CEO of Verizon and on the Swedish board the CEO of Telia. So yes, we are well positioned to look at online sexual violence as part of a global eco-system. After all, the child victims and the perpetrators are not virtual, they are real and we have to find more effective ways of rescuing the children and stopping the abusers. According to the recent data, there were 45 million images of CSAM online reported just in 2018, and the numbers are growing every year. 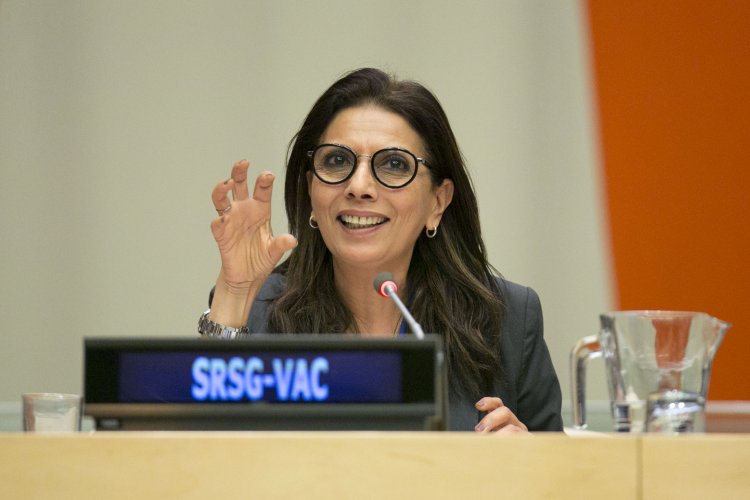 What is the hope that the Broadband Commission report can help to accomplish?
I was deeply inspired by the Commissioners and the companies that actively participated in the preparation of this report. It was a collaborative and participatory process. The recommendations of the report were endorsed by the whole commission. Many of the participants are decision-makers with access to their peers whom I hope will join this movement. Their recognition of the urgency to act on safeguarding children online, especially when we will be connecting children in the developing countries – and that we all have a role to play – is already a major step forward.

I believe that where there is a will and a way forward (the recommendations of the report) we will succeed. This is not just for the sake of children, or because it is our moral imperative, but also because it is good business. Knowing that children soon will be half, if not the majority, of all Internet users, we want them to benefit from and be empowered by connectivity rather than being put at risk. I cannot imagine that anybody would disagree with that.

There is no culture, religion, nation, or community that doesn’t want to protect its most vulnerable; its children. 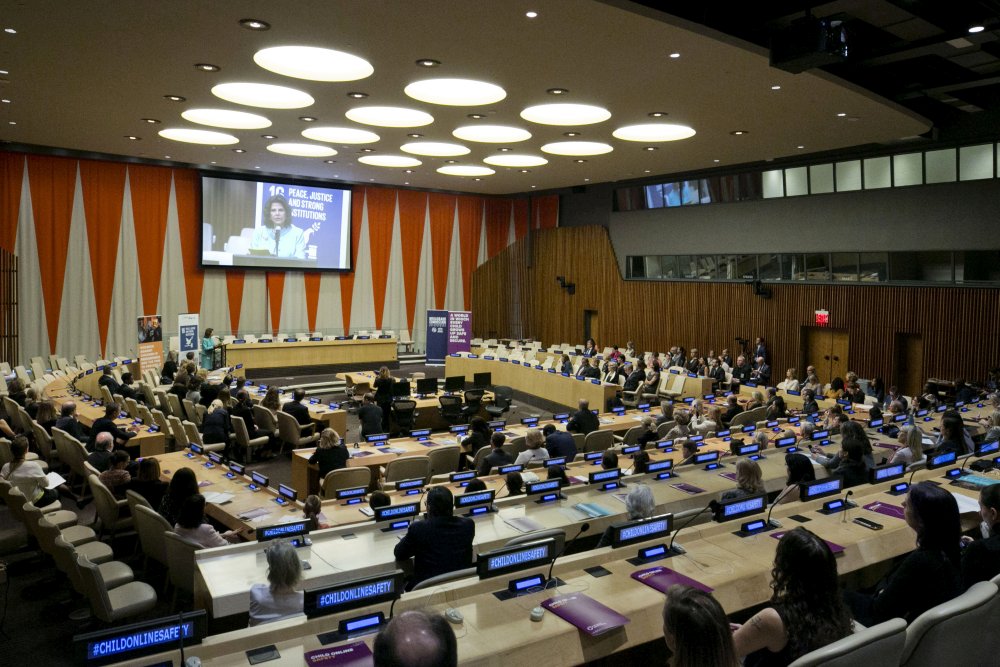